Skip to content
You are here:Home-Uncategorized-The CDN Market in OTT Services and Digital Business Platforms is Booming

Exponentially increasing Internet penetration in all the industry verticals saw the content delivery network market valued at $11.85 billion in 2019, with an upsurge forecast to reach $24.70 billion till 2025 growing at a CAGR of 13.4% in between 2020 to 2025, according to researchandmarkets.com.

Due to the proliferation of OTT services, expect to see subscriber bases reach  650 million in 2021.

With the continued rise in applications such as cloud gaming, OTT streaming services, virtual reality, augmented reality, adaptability to meet performance standards has become crucial to meet the new standard.

In the expansion and evolution of the Internet, CDNs have played a critical role. Historically, when bandwidth was less available, CDNs paved the way for data-intense media formats such as images and large files to load quickly.

Early CDNs set up regional hubs and replicated and cached content to reduce the distance at which content reaches users across the globe.

A CDN, or, Content Delivery Network, is a network of distributed servers that host files, applications, images, video, and other Internet content, with logic built into the system to enable that content to be delivered to an end-user from their closest location.

If you’re in London, and you watch a YouTube video, that video is served to you from a London datacenter. A person in San Francisco, watching the same video, gets it from a data center in San Francisco. Both users get fast local performance, and it’s a CDN that makes it happen.

With such infinite points of presence (PoPs), even if a user in North America was browning web content hosted by a server in Europe, the browser could fetch images and files for the closest CDN hub which stored the media copies.

CDNs are ultimately responsible for the performance and user experience of any online service that depends on fast, low latency delivery of files, images, scripts, and other content.

They are fundamental to online broadcasters and other Over-The-Top service providers, who either build their own private network for content delivery or partner with a CDN service provider.

For each of these companies, there have been significant barriers to CDN adoption, deployment, and usage.

The CDN market is dominated by a handful of very large specialist providers, which has kept prices artificially high.

There are cheap and even free CDN services available, but these don’t have the security or reliability needed for online services.

Over time, with more people accessing the Internet and the growing availability of bandwidth, websites and website services have increased in sophistication and capability which has driven the demand for more specialized CDN services to accommodate the new user experience.

The Future of CDNs

Today, leading CDN providers are positioned to expand their infrastructures with a projected 72% market share in carrying all Internet traffic by 2022.

However, it’s not just CDNs that are scaling up their Infrastructure as a service offering with internet service providers and telecom companies also developing content delivery networks.

Driven by much higher Internet usage and greater broadband penetration, digital media delivery has been expanding from private IP distribution networks into OTT  (over the top services) networks that run over the Internet.

Fueling this rapid increase in digital media traffic is the continued growth in Streaming Video on Demand Services (SVOD).

In 2018, global subscriptions to streaming video services overtook cable television, (for the first time), reaching over 613 million people, 27 %more than the year before.

“Although the current SVOD expansion is being led primarily by US-based media, some see global networks as a path to unlock global markets. Analysts have predicted a rapid expansion of demand in Asia-Pacific markets; Asia-Pacific is expected to account for 51 percent of all video streaming traffic by 2024, almost twice as much as in 2018” deloitte.com

Much of the growth in video traffic comes from the largest Streaming Video on Demand Services, social media networks, and other hyper-scale digital media companies that already operate their own CDNs.

The rising demand for increasing volumes of video-on-demand and OTT services, including offerings such as multiplayer iGaming and Broadcast and pay-TV services, means CDNSs need to continue to shape the Internet to meet hardware innovations and evolving human behavior.

In the short term, the CDN market is poised for strong growth.

What this means for the CDN providers, media companies, and telecoms jockeying for a position in that market is a cloud computing vendor that hosts the infrastructure on behalf of their customers. The vendor hosts the infrastructure in “the cloud” – in other words, in various data centers. Their customers access this cloud infrastructure over the Internet. They can use it to build and host web applications, store data, run business logic, or do anything else that could be done on traditional on-premises infrastructure, but often with more flexibility to distribute media online could viably optimize their entire content delivery pipeline, and secure ownership of the data their audiences generate.

CDN Services for Industry sectors include:

Software as a Service

Connect and control published content your way, on an equal basis with our peer-to-peer networking community.

Grow online search relevance across any industry, rank free with privacy settings that you control.

With or without a website, create a user profile, browse, accept, and connect.

Centralized communication and Information sharing that you control.
Learn more

Your Business, Your Way

Rise of the Gaming Industry Go Hard or Go Home 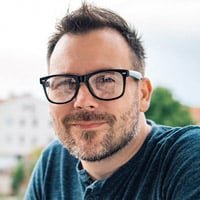 Ability proceeds from a fusion of skills, knowledge, understanding and imagination, consolidated by experience. 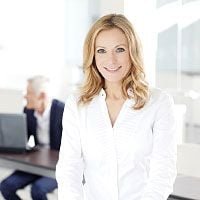 Beauty is when you can appreciate yourself. When you love yourself, that’s when you’re most beautiful.